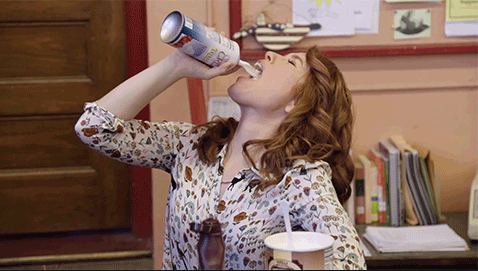 Yesterday was the 7th Mother’s Day since my mom iced me for liking dicks more than Jesus and for some reason it was the first one that got me in my feelings. Usually I just make jokes or thank all my surrogate mothers but yesterday I was like “STAHP TWEETING PICS OF YOUR NICE MOOOMMSuh!” while sobbing so hard it made farts come out IDK why the brain’s creative process is always a mystery! Anyway my point is I ate a lot of things yesterday and I would like to review them. #reviews

Starbucks Ham n Cheese Croissant: Oh wow very bad as always! But only in comparison to a real ham n cheese croissant, for a foodstuff made in a factory in New Jersey and then warmed over in cellophane by a guy named Tom who for some reason shaved his beard which tbqh was a huge mistake (Tom get in touch I have notes), you’re pretty damn ok. You did nothing to lighten the load of existential dread that permeates my every waking moment but then that could just be because I ate you plain in my car and not slathered in jam over my kitchen sink while loudly sobbing so🤔ok yes ⭐️⭐️⭐️ would ham n cheese croissant while in emotional distress again.

Peanut Butter M&M’s: I’m just gonna say to your face what’s already been said in my heart you are too goddamn sweet. Not as too goddamn sweet as Reese’s Pieces but still. Peanut butter is meant to be salty and you are just sweet and that is the opposite of salty. Do you see the distinction? Also you did not fill the excruciating emotional void of a mother’s rejection and you are wrong for that. ⭐️you are canceled #mutepeanutbuttermnms

Wendy’s Jr Bacon Cheeseburger: No shade but a FROSTY would’ve filled the yawning maw of a mother’s betrayal right the fuck up why can’t you be more like your cousin the Frosty??? She’s out here killing it being not a shake but also not ice cream just totally unique, reminding people of the good parts of their childhoods and probably definitely being made of plastic or something but indisputably delicious all the same. It wouldn’t hurt you to try trying, is all I’m saying. Constructive criticism! I’m on your side! But bacon counts for a minimum of two stars it’s in the by-laws so⭐️⭐️⭐️ 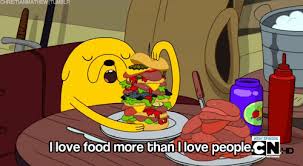 Santa Fe Southwest Albuquerque Las Cruces Intermountain West Egg Roll Wrap-Up Dipper Doppers or something I honestly wasn’t paying much attention while indiscriminately ordering weird apps from a pseudo TGIFriday’s with $17 salads: Fine I think but who can be sure because I ate you while sobbing on the phone to my bff in LA after he called me like “I know you don’t care about Mother’s Day but I just wanted to check in” and I replied “ACTUALLY CAN YOU COME RUN ME OVER WITH A CAR” before bursting into tears in public so idk you were probably fine ⭐️⭐️⭐️⭐️ on a technicality because I’m tough but I’m fair.

Buffalo Chicken Salad: Ibid, but I do remember that you were the PERFECT amount of Buffalo where like you taste and feel the vinegar but not enough to where your pores get wet and I appreciate that subtle flex. You also did nothing to soothe the vibrating despair of emotional ferality that consumes me with every breath but neither did anything else so it seems unfair to hold it against you. ⭐️⭐️⭐️⭐️would savor your well-balanced vinegar content again

Dairy Queen Hot Fudge Sundae with Nuts, which were an extra charge: How I know I’ve descended into despair is that the spark between me and my boyfriend of 40 years, Dairy Queen, dulled to invisibility the moment the lady with the weird jaw laid you in my hand. Where do we go from here? I think we both sense this is over and neither of us is willing to call it you know? Also your hot fudge has the consistency of college dorm pudding and lacks adequate salt and that reminds me of how totally useless men are and how I would do literally anything to wake up tomorrow magically transformed into a lesbian so that I never have to speak to another lying, cowardly, useless gay man as long as I live and that’s not what I look for in Brazier foods and so for that reason I’m out ⭐️

Pepto-Bismol Chewables: You taste like laundry soap and drywall but you took away my heartburn which is more than I can say for any of these trifling-ass foodstuffs above who can’t even sublimate the agony of a disappointing life devoid of purpose so I mean I’d give 6 but the scale doesn’t go that high so ⭐️⭐️⭐️⭐️⭐️you a real one PB bless up say hi to your mother for me.

GIVE ME ATTENTION OK THANK YOU!

Look At my crow's feet on Instagram dot com

Read along as I scream at persons on twitter!